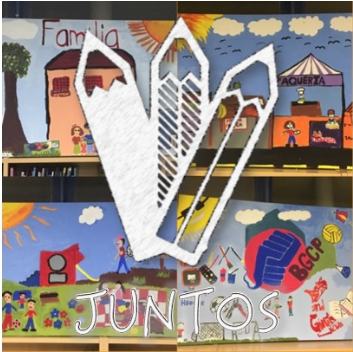 My team and I were matched with a Stanford Spanish Professor, Ali Miano, who wanted to raise cultural awareness amongst her students. The purpose of the course is not only for Stanford Students (SS) to be able to articulate in Spanish, but to gain awareness and clarity of the history, current events, and perspective of Spanish-speaking communities. And so, the course requires Stanford Students to visit a Boys and Girls Club site at Hoover Community School, where they practice their Spanish and collaborate with bilingual latinx youth in community art activities/exercises.

We conducted qualitative interviews with Professor Ali and members of BGCP in Redwood City to gain insight on their goals for our collaboration. We gained three insights regarding cultural awareness of Stanford Students (SS):
We also conducted site observations to view the current state of collaboration amongst SS and BGCP youth. A SS do not have time to build personal relationships with BGCP students.

Using research on Community Cultural Capital (Yosso, 2005) and empathy training as a framework for cultural awareness, we decided on three HMW's:
​

Stanford already uses an online platform called Canvas for students to receive and submit assignments to the professor. When designing meaningful tools for educators, it is important to consider their technical knowledge and teaching process in order to minimize any negative disruption (Forssell, 2016). Therefore, our tool would ideally be easily implemented or added to this existing process for assignments.

We first focused on reflective practices that can address our challenges and decided to use Google Forms as a prototype to test the quality of reflection from our SS. Using Community Cultural Capital as a framework (see image below), our questions consisted of two parts that guided SS to the reflective process:
The professor gave our reflective questions as well as a feedback questionnaire to the class. Our results show that     “it's sometimes hard to find concrete examples because many of the students don't open up about those kinds of things so quickly. And sometimes it doesn't seem appropriate to keep asking questions that lead in that direction”
(2) SS felt like the questions on cultural capital were hard to answer in general as they felt they had a general understanding of the theoretical concept, which can make finding concrete examples more challenging.

At the same time, the Professor would want to use this reflection as a way to have students practice their Spanish. If they are unable to write enough for these assignments, then it would defeat the purpose of the course. The Professor also expressed the need to customize and adapt to any suggesting questions we have.

For our second iteration, we realized that our reflective process would have to occur in stages: